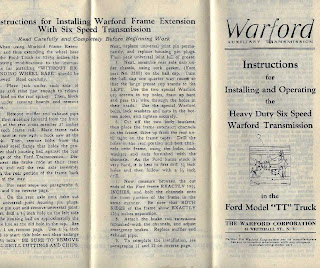 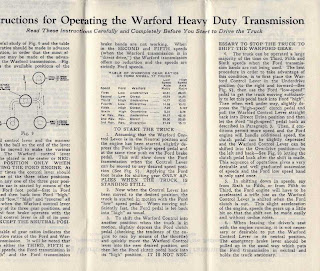 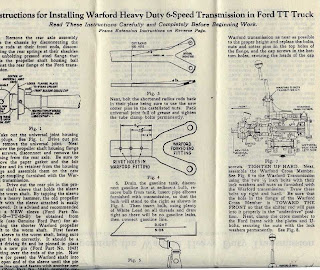 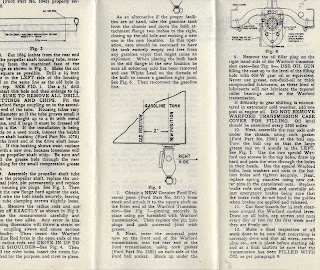 Position for the aircraft magneto

This morning i took the cover plate off the ring gear housing, the plate covers the openingused for a starter motor. looks like it will make a perfect mounting position for the 4 cylinder magneto donated by Grizzy. The plan is to drive it from a sprocket driven by the camshaft, positioned where the timer currently sits. then a 1:1 chain drive to the mag 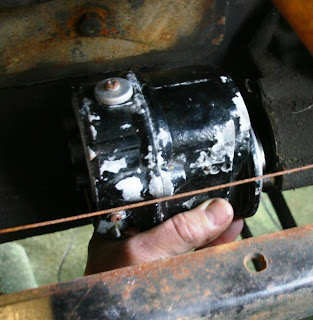 Posted by Steve Plowman at 04:20 No comments: 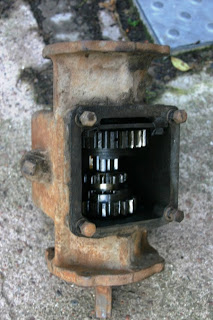 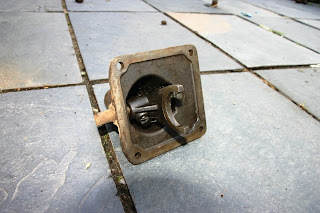 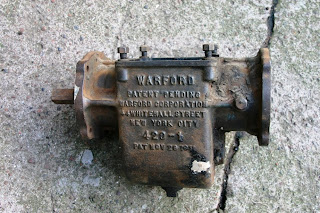 Today i picked up a box from the parcelforce offfice with a Nebraska postmark! Got home and opened it up to find a well packed Warford auxiliary transmission 8) From the 3 detent positions on the gearchange shaft its a 2 speed with neutral box.
Posted by Steve Plowman at 12:11 3 comments:

Decided to start dropping the steering column last night, the column was welded (roughly) to the firewall but the weld had broken, so the column was only supported by the chassis bolts, I loosened thes off leaving just the one going horizontally through the chassis and dropped the column until it rested on the pedals, then lifted it slightly and supported it with a stra 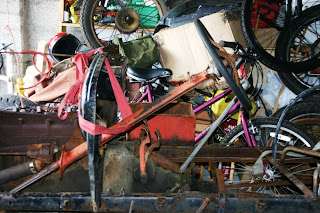 this get st he steering wheel down at the right level for a lower seat height, but leaves me with the wheel a bit too far away! Looks like the column has been shortened by about 6" at one time - i'll need to turn up some ecetension slugs to re-stretch the column 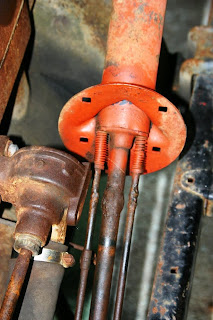 Posted by Steve Plowman at 14:34 No comments:

Simple speedster body for the T 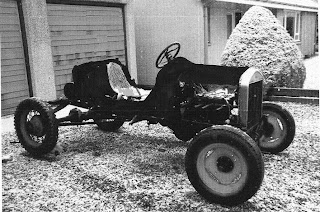 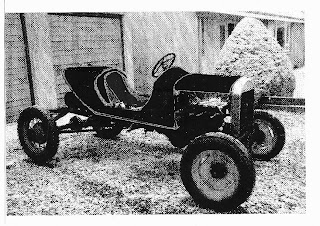 Posted by Steve Plowman at 05:49 No comments:

Posted by Steve Plowman at 04:39 No comments:

to be found at The Ford Barn get yourself along and have a gander!

here's a taster or two 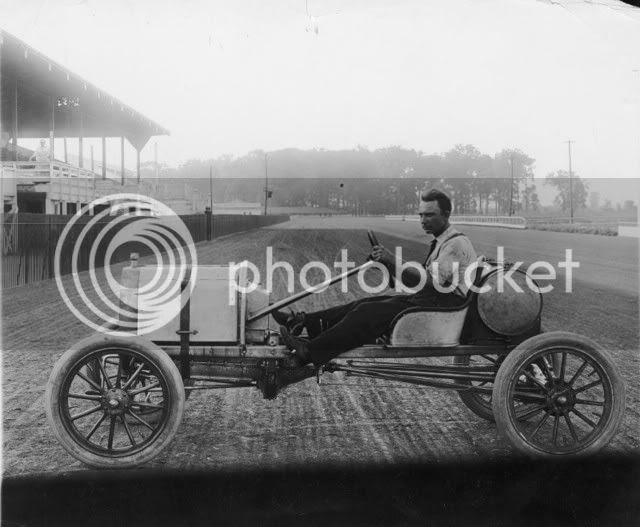 Posted by Steve Plowman at 07:16 No comments: 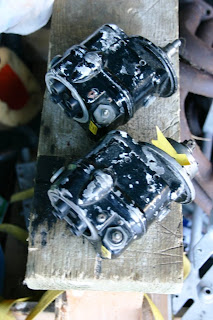 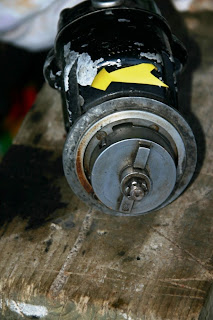 an ex aircraft 4 cylinder magneto which will be driven from a chain drive, sprocket running where the timing device sits - nose of the camshaft
Magneto's (2 of them) kindly donated by my mate Grizz, 2nd one is in case I build a twin motor T ;-)
Posted by Steve Plowman at 13:57 No comments:

Finally inside the workshop, ready to get into the motor 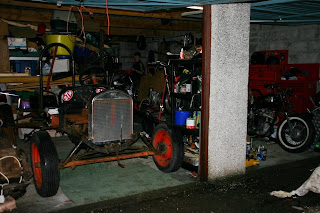 First job is to get the head off and give the motor a clean up
Posted by Steve Plowman at 13:47 No comments: 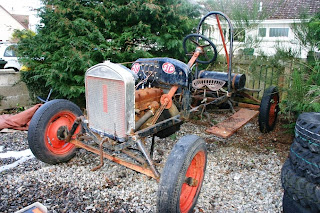 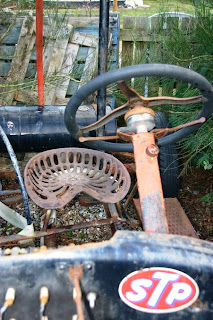 Pulled the old horse rug off the T today to see that all was ok, still there still turning over on the crank handle, still got that horrible orange plastic seat!!!!!

So 10 minutes of spanner time, 1/2 an hour of rummaging in the shed later, Ive got a nice period hillbilly arse perch! Courtesy of a 1930's Albion tractor.

Next job is to get it inside the workshop and give everything a good service and check over, there's a few bushes needing done in the front end, and the matter of brakes to be addressed!!
Posted by Steve Plowman at 06:30 No comments: 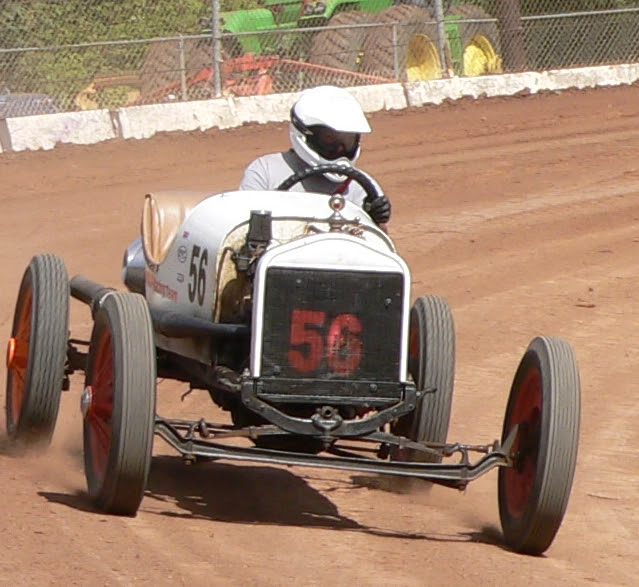 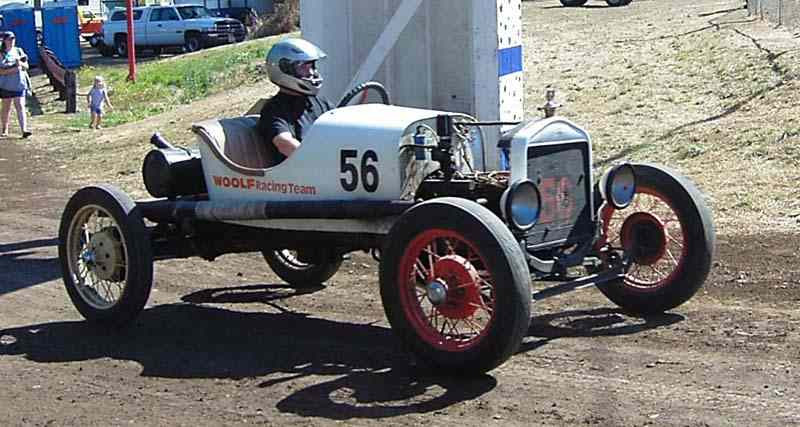 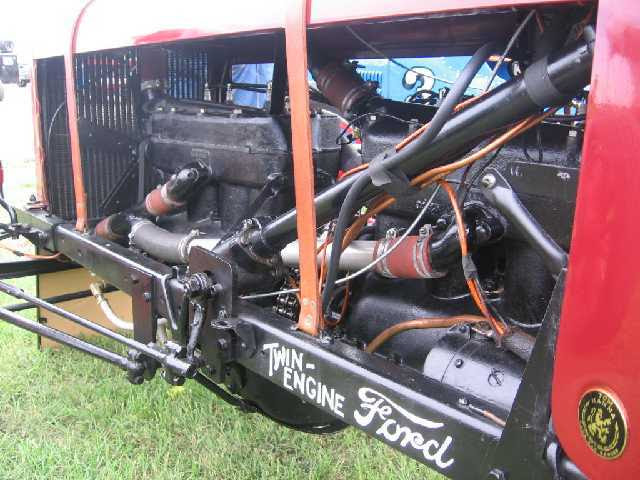 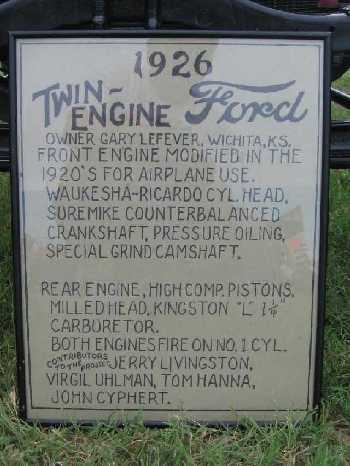 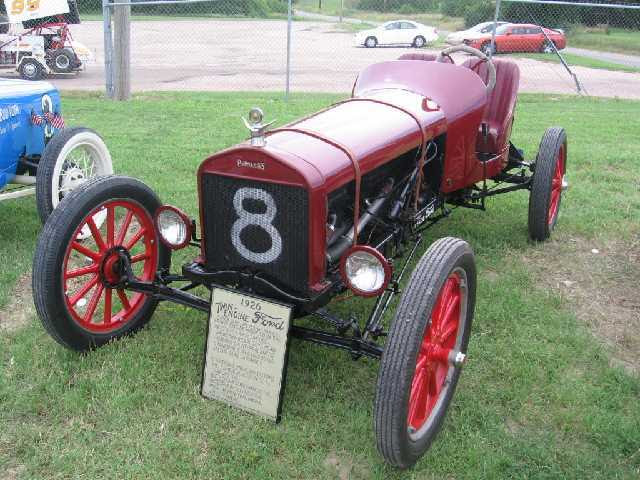 I was looking at this twin engined T on the NWVS site last night - just blows me away!

This morning I sent the web site fella at NWVS site an email and asked if he had any more info about the twin engined T, this evening he replied with the builder's phone number and some more piccies.
I'm just off the phone to Gary LeFever, the guy's in his 70's runs a 100bhp Rajo engined T hillclimber ( lookey here http://www.autoblog.com/2007/07/30/model-t-takes-on-a-hummer-in-hill-climb/ ) and built the twin motored job a couple of years ago.

The front motor came out of a Model T engined airplane, its got pressure fed oil system and came with the rear of the motor cut away where the prop was driven, so no transmission.

The two motors are joined with a chain connection, then mounted solidly onto a standard length T chassis ( he says it vibrates a bit but it's bearable).

Rear motor has hi comp pistons and the cranks is standard splash feed. The rear motor runs a bit hot so he's plumbed in a small electric water pump to help cool it down run off a thermo switch.

Bodywork was built by a mate, it runs a standard T 2 speed trans no mods, pulls like a train but is no match for his Rajo, hes had it up to about 60mph but hasnt pushed it any further - lots more on tap.

Really cool old gent with a proper Wichita Kansas accent, a pleasure to talk to!

You've got to have a plan!

Started out looking for a Model A engine to fit into a 1927 Austin 10 rolling chassis that I had been offered, I wanted to build a VSCC eligible vintage sporting trials car with a bit of a lean towards a period hotrod. I got put in touch with Phil Wells thru Britchopper Magazine who in turn put me in touch with a guy called Nervous Bob, a deal was just about done then II happened on an ad for the ex Pig N Ford racer and the plan changed!!!
Another deal was done, some bikes n bits were traded and the T arrived on the driveway.
So, the plan is still to build a vintage sporting trials car, keeping as much of the character and patina of the existing '26 T racer, adding some minimal bodywork and making it road legal. Maybe i'll put a roadster pick up bed on the back but, for now I'm going to concentrate on making it run handle and stop!

Cant remember where I found this but its all good stuff!

Just changing the body could add 10 to 15 miles an hour to the top speed.

Sometimes it was necessary to remove a leaf from each spring because of the lighter body, and you had to lower the steering column because the new sporty body sat lower.

If the hot-rodded Model T was to be used for race-track work only, the suspension could be lowered, and there were several ways of doing that. The best way was to have a new front axle made which effectively raised the axle spindles and lowered the front end. A cheaper method was riveting pieces of channel iron on the front of the frame, letting them stick out in front about 5 inches.

The back could be lowered by cutting off the side members in front of the rear axle and installing modified steel forgings.

Hotting up the engine was just as important as changing the body, and there was a lot you could do Ford's early four-banger.

Heavy cast-iron pistons didn't like to rev too high, so aluminum ones could be used. If you were financially challenged and brave as well, you could lighten the cast iron pistons by drilling holes in them! You could do the same to the con-rod, drilling holes in it and carefully dressing it with a file. (Don't try this on your car!)

Raising the compression wasn't hard. You could use an earlier cylinder head with shallower combustion chambers, or you could plane 1/8 inch of the existing cylinder head. You could even buy an after-market sixteen-valve high-compression head for the Model T.

The breathing could be improved by using larger valves, and there were several types of high-speed cams available. For racing, stronger valve springs were recommended but they were noisier and likely to break valves, though you could buy tungsten steel valves as well.

A larger carburetor "say of the 1 inch size" and a larger intake manifold were both par for the course to get more power.

For a free flow exhaust the muffler could be removed for racing, and for road use you could remove the baffles or drill extra holes in them. To get that racing car rumble from the four-cylinder Model T engine, you could run the exhaust pipe into a larger cylindrical amplifying chamber, with a metal cap in the end with several holes drilled in it.

It was good practice to add an auxiliary oiling system and better cooling because of the extra power and higher revs. Better brakes were a must as well. The rear brakes of the Model T weren't that good, so you were looking at around $16 a set for the best aftermarket brakes.

For a moderate price your Model T Speedster could most likely hit 70 mile per hour, and if you wanted to spend more money, you could pick up a few more mph.

So it seems our grandfathers and great-grandfathers weren't all that different to us when they were young. Nowadays young guys hot up engines, upgrade the running gear and change the bodies.

Nearly ninety years ago, when my granddad had returned from the war to end all wars, young guys were hotting up engines, upgrading running gear, and changing bodies. The Ford Model T and the new after-market industry gave them the opportunity.

Steve Plowman
Born and brought up on the north side of Glasgow, gradually migrated north to the Highlands over the last 25 years. Been buying, selling, building, breaking, fixing, riding and pushing old bikes and cars about for as long as I can remember. I always wanted an Indian, ever since I saw one as a teenager at a classic bike show near Glasgow. In 2005 I started to gather parts to build a 57" Stroker Sport Scout, the Scout finally was on the road in Spring of 2011. Next.... a 1200cc Chout, a 1940 74" Chief motor shoe horned into a modified 101 Scout frame .. watch this space! 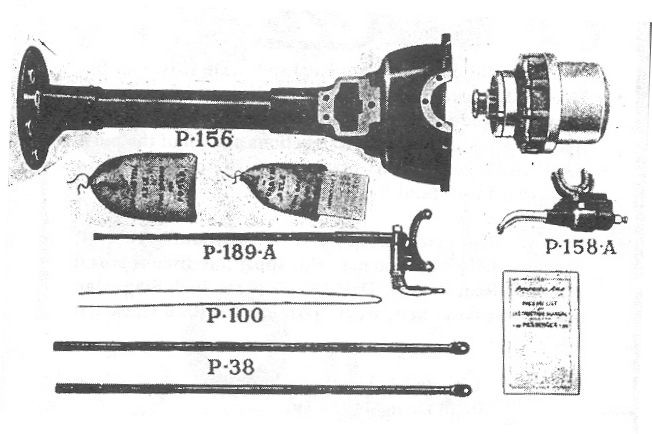